What is a Pneumatic Solenoid Valve and How Does it Work? 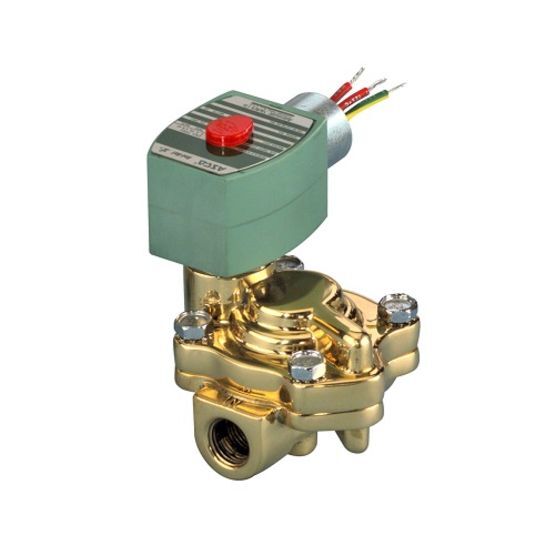 The flow of air or process gas is controlled by pneumatic solenoid valves, which are electromechanical devices. Pneumatic actuators such as cylinders, turbines (pneumatic motors), diaphragms, and tubes are commonly controlled with them. Auxiliary air circuits are formed by pneumatic solenoid valves and actuators. These devices are used to regulate the operation of plant machinery. 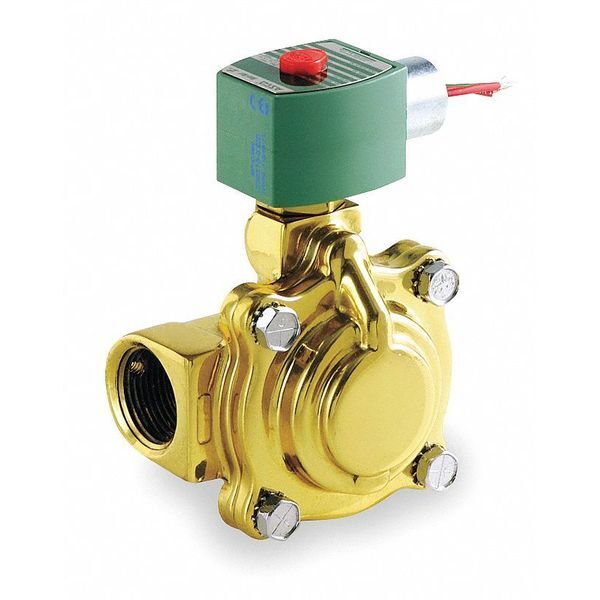 Other pneumatic solenoid valves are a necessary component of some equipment or processes. Compressed air systems, vacuum systems, ventilation systems, and air-operated equipment are just a few examples.

Many industrial and manufacturing facilities use pneumatic solenoid valves. One of their main advantages is that they can be controlled remotely using low-power electric signals sent over long distances. The plant’s control system can easily handle these electric signals. At unattended locations in the process area, a control panel or unit distributes signals that manipulate the valve. Pneumatic solenoid valves are used in a variety of industries, including oil and gas, power generation, chemical processing, and plastics.

Because of their clean operation, pneumatic solenoid valves are preferred in the fields of medicine, pharmaceuticals, food, and beverage. They are far more environmentally friendly than hydraulic solenoid valves, which primarily use oil. They can be sealed to keep any product from becoming trapped inside the cavities. As a result, the risk of product contamination is reduced.

How Does a Pneumatic Solenoid Valve Work?

The solenoid is the heart of a pneumatic solenoid valve. An electromagnetic actuator, such as a solenoid, converts electrical energy into mechanical action. A coiled wire tightly wrapped around an iron core and a ferromagnetic plug or plunger make up the device. A magnetic field is created when an electrical current passes through the coil. The magnetic field lines can be visualized as a series of circles with the current axis pointing in the same direction. The magnetic field is formed when a current flows through a looped coil and the circles combine.

Increasing the amount of current flowing through the coil is the second method. This raises the voltage supplied to the solenoid. Solenoids valves can run on either DC or AC power.

A disc inside the valve mates to a seat or opening. The flow is stopped when the seat is plugged with the disc. Through the stem, the other side of the disc is directly connected to the ferromagnetic plunger. Depending on the solenoid’s action, the disc can be lowered or raised.

The valve is the other major component of a pneumatic solenoid valve. The part of the valve that comes into contact with air or gas is the valve. It is made up of components that are designed to withstand the system’s pressure. It also protects against corrosion and erosion caused by contaminants in the pneumatic system.

Core Spring: When the magnetic field is removed, the core spring returns the core to its original position. Depending on the valve operation, the core spring design and configuration in the solenoid assembly varies. It does not use springs to create a return action in some designs, such as latching-type solenoid valves.

Core Tube: The coil is wound in the core tube. This also serves as a soft magnetic core, which boosts the coil’s magnetic flux.

Fixed Core: This is installed at the core tube’s closed end to improve the magnetic flux. In addition, the material is a soft magnetic metal.

Coil: The coil, which is made up of an insulated copper wire wound tightly around a core tube, is one of the main components of the solenoid. When a current is applied, a magnetic field is created, as previously stated.

Diaphragm: The solenoid assembly is isolated by the diaphragm, which is a flexible material. The diaphragm’s purpose is to keep the fluid pressure in check.

Stem: The stem is the part of the valve that connects the core or plunger to the valve. The stem moves along with the core as it is attracted by the coil, actuating the valve.

Disc: When the valve is closed, the disc blocks the flow of fluid. Instead of a disc, diaphragms, bellows, or pinch devices are used to block fluid flow in some solenoid valve designs. The disc is usually made of corrosion-resistant and durable materials such as PTFE or stainless steel, depending on the application.

Seat: When the valve is closed, the seat is the orifice that presses against the disc. Typically, the seat and disc are made of the same material. The valve will become passing and unable to stop the flow once the seat or disc has been damaged.

Seals: Like the diaphragm, the seal isolates the solenoid assembly and the fluid from the outside world. PTFE, FKM, NBR, and EPDM are just a few of the seal materials available.

Body: The diaphragm, disc, seat, and valve ports are all contained in the body of the valve.

Bleed Orifice: A bleed orifice is installed on the diaphragm for indirect or semi-direct acting solenoid valves. An equalizing hole is used in some valve designs. The bleed orifice allows the valve to open or close by using line pressure.

Pilot Channel: A pilot channel is included in the valve body for indirect acting solenoid valves. This is where air flows from the diaphragm’s top into the valve’s downstream side.

These valves use direct-acting solenoid valves as their pilot operators. The pilot operator shifts a larger directional control valve of diaphragm-poppet or piston poppet design.