The FLIR Si124: Keeping the Lights On and Preventing Failures

The SPI Inspections team recently tested the new FLIR Si124 acoustic imaging camera. The Si124, which has 124 microphones, creates a precise acoustic image that overlays a digital camera image with real-time visual display of ultrasonic information. This enables the user to identify the sound source visually.

The SPI Inspections founders have a combined total of more than 100 years of experience working with utility systems, from installing power lines to inspecting substations. Elton Hunter, SPI’s Field Manager, asserts, “We’ve been around the block a few times.” Our background basically involves power, from where it is produced in the generating facility to where the meter is, either the meter on your home or the meter on your place of business.

According to Hunter, “We’ve really helped our customers.” Our objective is to improve the reliability, safety, and performance of their systems. The team at SPI Inspections discovered that the FLIR Si124 was a crucial tool for spotting partial discharge, a warning sign of impending or approaching failure in power infrastructure.

If infrastructure isn’t properly maintained, there are many opportunities for failure during the journey of electricity from a power plant to a lightbulb in your home. With the aid of cutting-edge technology, SPI uses their wealth of experience to determine when an element needs maintenance. According to Hunter, “We bring a lot of technological tools to the trade.”

Their arsenal includes the FLIR GF77 gas detection camera, which enables them to identify hot spots and detect sulfur hexafluoride (SF6) leaks in electrical installations. By simply swapping out the lens on the GF77, a variety of gases can be detected. The camera can see sulfur hexafluoride when it has an HR Lens, and it can see methane, ethylene, ammonia, and other gas emissions when it has an LR Lens. The camera is temperature-calibrated as well, so it can be used to reveal a variety of utility problems as a standard thermography camera. 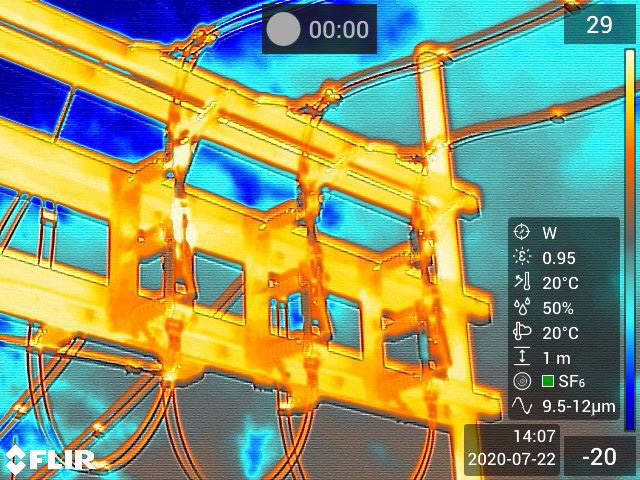 The SPI team was eager to get their hands on the Si124 and see what it could do after relying on FLIR gas detection cameras in the past. The Si124 is an extremely efficient tool for identifying partial discharge from high-voltage systems, even though acoustic imaging cameras are frequently used to find pressurized leaks in compressed air systems.

When the air near an electrical insulation breakdown ionizes and forms a phenomenon known as a “corona,” partial discharge—caused by the breakdown—can be detected. Acoustic imaging can quickly identify corona, which is indicated by a “meatball” of sound in the image. That is priceless for us, says Hunter.

The team was happy to discover that the Si124 achieved roughly the same result for a fifth of the price as the ultraviolet technology they had been using to detect corona. Brett Fleming, Corporate Manager at SPI Inspections, says that the Si124 “basically does the same job and it’s very easy to use.” 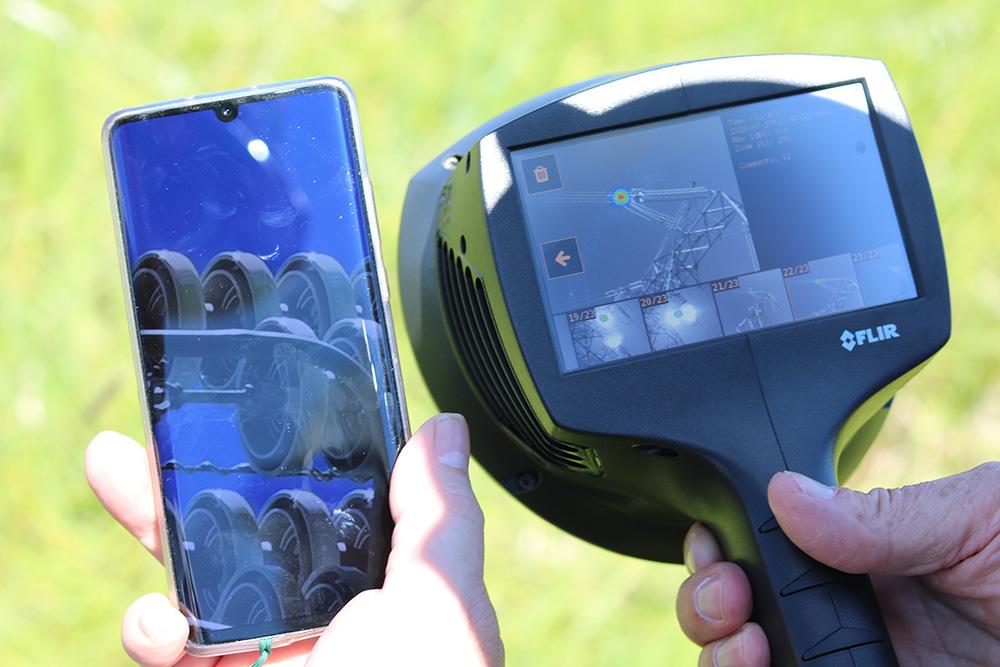 Features that are Simple and Accessible

The SPI Inspections team values having tools that are prepared for the job because a large portion of their work is done in the field. With regard to the Si124, Hunter says, “It’s very user friendly.” “Within half a day, we were very comfortable using it.”

For us in the field, the camera has wonderful clarity, says Hunter. The image quality, simplicity of download to a laptop or the cloud, and usability of the user interface, he claimed, were all valued by his team. “We’re men who have worked in construction for more than 40 years; we have arthritis and big, swollen, fat hands that hit hammers and other things. Keyboards and touch screens are very user-friendly interfaces. We had no trouble working with them.

Failures were much easier to detect from the ground thanks to the Si124. They encountered a challenging problem when testing the camera: a failure on a power line 220 feet in the air. We could have used our drones, but Hunter says we would have known where to look. We were able to identify it and zoom in on it thanks to our field experience, at which point we realized there was a small issue up there.

He says, “On a line that’s only five years old, that’s a 25 million dollar failure. With the Si124, they were able to identify the issue quickly before the repair costs approached that level. 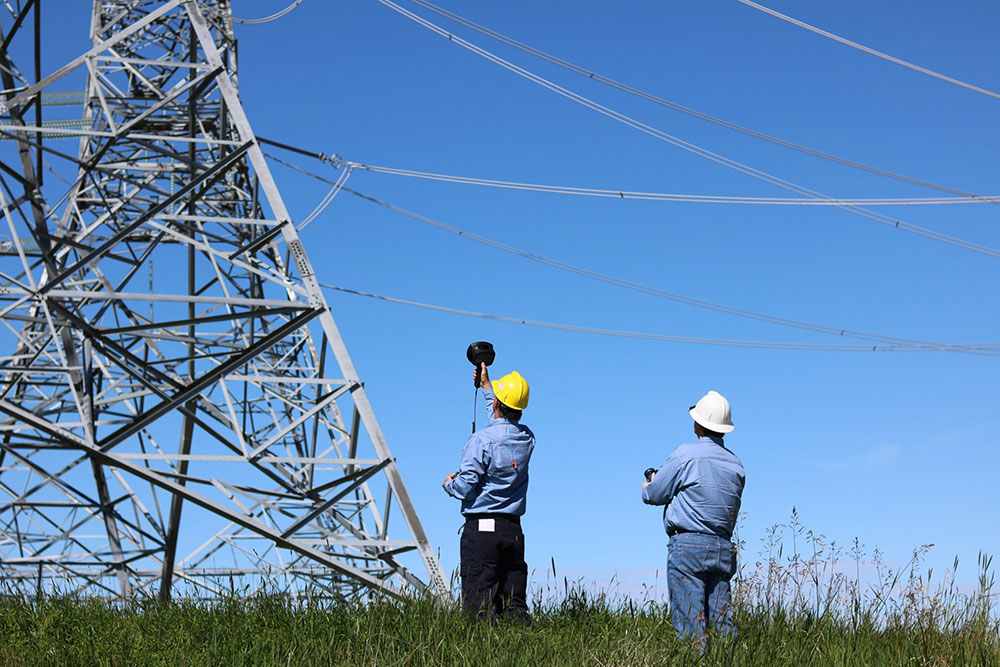 Catching issues safely before they develop into disasters

There are many risks for workers and inspectors in electrical substations and other utility infrastructure. The team had to stay outside the perimeter of the chain-link fence when they encountered a particularly hazardous area inside the substation where a capacitor bank had collapsed. They were happy to discover that the Si124 could inspect the situation through the fence.

“We could walk right up to the chain-link fence and see right through it. According to Hunter, “that camera was able to look right through that two by two inch square and keep our people safe because there are 124 microphones on the front of the camera and then one little tiny camera.

SPI wants to find problems during inspections before they get out of hand. They can predict failures and keep the lights on for their customers by spotting partial discharge and corona early with tools like the Si124. It enables us to predict what will happen to our power line in advance, according to Hunter. We can go in ahead of time and warn them, “Hey, you’re going to have a problem with this if you don’t fix it,” rather than having a catastrophic failure, an outage, and a repair.

Regular inspections and maintenance can stop unanticipated outages. “Nobody ever knows we’re out there if we do our jobs properly. The client is unaware that we are present as we go about our work and offer recommendations, after which they can make repairs through scheduled outages or routine maintenance.